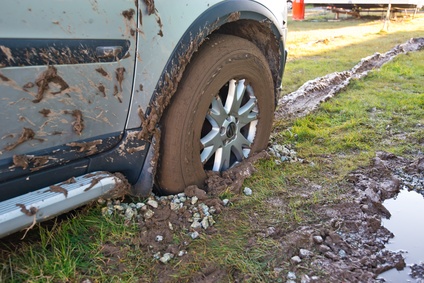 A common question in ‘Difficult Conversations for Managers’ workshops is what to do when it feels like you are in one of those fruitless dialogues, a circular argument, repeating the same thing without achieving anything.
The other person isn’t listening or taking on board what you need them to hear or understand.

A recent example was where a manager was trying to get a team member to implement a change made in a work process. They ended up in a push-pull dynamic where she kept telling him things needed to be done differently and he kept telling her the old way was better.

It’s a common hole to fall into in a ‘difficult conversation’ and at the end of it, both people end up feeling dizzy and frustrated with one another and having made no progress on the actual issue.

The problem is obvious – neither the manager nor the team member are listening to each other.

That’s because each of them mistakenly think that the best way to influence someone’s behaviour is to repeatedly tell them why their own way is the best.

The Problem with Circular Arguing

Last Sunday, the first dry day in a week, we had the bright idea to go for a long, energising walk to a nearby woods. We parked on what looked like a relatively solid piece of ground at the entrance. An hour and a half later refreshed and ruddy-cheeked we jumped into the car, anticipating a warming cup of creamy coffee in the local café to revive us.

I turn on the engine, put my foot on the accelerator but there’s no forward movement. I give a bit more gas and still, we’re not going anywhere. Too late…I now realise that the patch of ground is not asphalt at all but a well-disguised muddy sump. The more I try to move forward, the more the back wheels spin frantically, but in vain, in the sopping wet ground. Instead of moving forward, I am digging a deeper track into the mini swamp I was already half-mired in.

These kind of circular arguments are just like that. Both people are spinning their wheels but yet there is no progress on the issue. In fact, both are just becoming more ‘dug-in’ to their views and the rightness of those. Despite the best of intentions (trying to get out of the rut) each person is just digging themselves and the other person further in.

When you keep arguing back, it looks to the other person like you aren’t listening to them. And when we aren’t being listened to, we either repeat what we have said or find another way of saying the same thing. So they are simply mirroring your behaviour. Both of you are spinning your wheels. But the car is sinking deeper into the mire.

Getting Out of the Circular Arguing Rut

So how do you break that dynamic? How do you get the person to stop arguing for long enough for them to really hear what you are trying to say?

Start by taking your foot of the gas pedal.

Translating that into concrete terms in a conversation or negotiation means harnessing the rather magical power of listening.
Yes, I know, we all think we listen well.
You know their arguments so well you could recite them yourself. So you must have been listening.

But a lot of the time when we are listening, we are not listening to try and understand where the other person is coming from. We are evaluating what they are saying. We are thinking about what we will say next. What might be the best way to refute what they have said?

One of the worlds best-known experts on negotiation and mediation and co-founder of the Harvard Program on Negotiation is William Ury. In his Ted Talk, he tells us the three key advantages real listening has:

“It helps get to “yes.” In short, listening may be the cheapest concession we can make in a negotiation. It costs us nothing, and it brings huge benefits.”

(Quotations from William Ury, The Power of Listening Ted Talk)

One of the most powerful ways to really listen to someone is the mediators favourite tool: paraphrasing or reflecting back.

Here’s what Dr George Thompson, President and Founder of the Verbal Judo Institute says about paraphrasing:

“When you paraphrase, your job is to get at what they mean, not what they say…what do they really mean. And to do that you wrap it in your words…because you should be calmer and less upset, and you give it back to them, to ensure you have heard and understood it correctly…

[Paraphrasing back to someone what they have just stated] …creates a third person in a two-person conflict: it’s not his words and his meaning, it’s not your words and your meaning, it’s a blend”

So when you paraphrase back to someone, you’ve moved out of opposition stance and into a mediator-stance. You are no longer trying to convince them of the rightness of your argument and the wrongness of their own.

Instead of the Manager responding back with a counter-argument, paraphrasing back could sound something like

‘Let me see if I get what it is you are finding difficult about implementing this change…you are concerned about the waiting time for the client and that that might be longer…is that it?’
‘Can you say more about that?’

Here’s how paraphrasing back can really help:

As Mark Gerzon author of ‘Leading Through Conflict’ reminds us

“The challenge for each of us is to ‘find a place in ourselves from which to listen, a place so grounded that we can listen even if it might change our beliefs’”