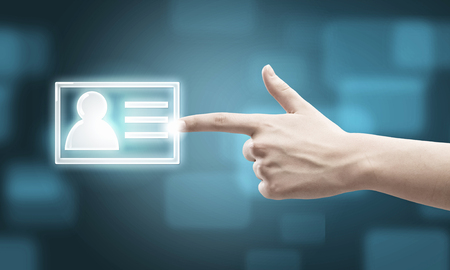 In the late eighties I taught in Germany on a two-year Business English programme. One of the course handbooks focused solely on writing business letters in English. The students were schooled in great detail on the etiquette and nuances of letters and memos in a variety of business contexts. These ranged from sales to commissioning orders to making and responding to complaints.
Thirty years later in the era of emails and online communication, the art of writing a business letter has probably diminished in importance. But there is a lot to be said for the level of care, professionalism, precision and politeness, that was drilled into those students.

Email has many useful features but these same benefits can also lead to miscommunication and conflict. Many of the workplace issues that I’m involved in either mediating or coaching invariably include some reference to persons writing ‘abusive emails’ or ‘email bullying’.

Why is email such a cause of problems?

The problem with email is that it’s speed and convenience fools us into thinking it’s the same as a face-to-face interaction. But Bacall highlights some key differences:

Talking to someone directly permits what he describes as simultaneous mutual influence. Even though only one might be speaking, they are getting immediate feedback and information from the other person’s non-verbal communication – facial expressions, body language etc. and can amend and adjust their message or how they are conveying it accordingly.

Emotional intelligence expert Daniel Goleman points out that our brains are designed for face to face connections. Recent neuroscientific research has focused on the role of brain cells known as mirror neurons which assist us in interpreting other people’s emotions and intentions.

In non-face-to-face interactions such cues are absent and you are left to make assumptions about the other person’s feelings and intentions. It leads to what Goleman describes as an ‘optical illusion in the mind’, where you assume that the person is picking up all the unspoken emotional signals. But of course they are not because they don’t see you.

In fact, when reading an email, the lack of facial and nonverbal cues that might soften or contextualise the tone of a spoken message triggers our inbuilt negativity bias. So what a sender thinks is a ‘positive’ message is actually perceived as ‘neutral’.
Goleman states:

“Receivers think that positive email was more neutral. When the sender thinks it’s neutral, receivers tend to think it’s more negative. In other words, there is a general negativity skew to email”

Communicating by email feels like it’s almost face-to-face because of the speed, informality and ubiquity of this medium. But it’s not and yet we fail to give it the requisite attention that writing a letter demands. This means considering not only the content or message you want to communicate but giving attention also to the tone and impression you want to convey to the reader.
Emails tend to be read and responded to quickly and more reactively. Time pressures mean you fail to edit or reread and instead press ‘send’ so you can get on to the next task.

Particularly where there is a difficult message to deliver, the remoteness of email feeds into our tendency to avoid a difficult conversation. It feels easier than an eye-to-eye confrontation. But you do this at your peril.
Communications expert Joseph Grenny tells us that face-to-face interaction causes us to behave more empathically and ethically. Out of sight is out of mind. And when writing an email this real time feedback around how our message is being received is missing.

Another unhelpful practice is that of ‘cc-ing’ – including others on a message by copying or blind copying. And, if there is already some tension in the relationship, it’s a surefire way to escalate the situation. Emails are often copied to managers/others to “keep them in the loop” or to ‘put it on record’.  But while it might achieve that aim, the impact of copying in multiple contacts can leave a person feeling publicly criticised or even humiliated.
‘Cc-ing’ in practice means inviting an audience to your disagreement or negative feedback message to this colleague. Instead of dialogue and co-operation, it’s more likely to lead to defensiveness and mistrust.

So how best should we manage email communication?

‘I was concerned that you missed the deadline last week. I know you’ve been very busy with other projects and am not questioning your commitment’.

End your message with an invitation or offer to talk about the issue, either in person or by phone.   Where your concerns are about performance or motivation, such accountability conversations shouldn’t’ be conducted at all over email.

Of course there are times when issues have to be put across in writing and accountability is important as is ensuring there is a record. However, the face- to-face discussion about these matters needs to happen first of all where the heat of the issue can be dealt with.

While email has many time-saving benefits and most of us would be lost without it, it has its limitations. Trying to hold complex discussions or resolve conflict through email is at best a waste of time and at worst, can cause a situation to escalate.
To put a twist on the old saying ‘Email in Haste, Repent at Leisure’