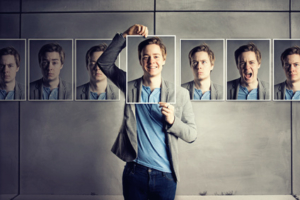 How High is Your EQ? Internationally renowned neuroscientist Antonio Damasio tells the story of one patient known as Elliot. He was a successful manager in a large corporation, married with a family. He was diagnosed with a benign brain tumor which was successfully removed with surgery. However, afterwards he was a completely changed man. His ability to make decisions was so dramatically impacted that he lost both his job and his wife, suffering financial ruin.

Yet his IQ, which was prior to the operation well above average, remained the same. Similarly, no pathology could be found on standard neurophysiological tests, to the extent that he was refused disability because he couldn’t prove his brain was not normal.

Damasio conducted a series of further tests on Elliot which seemed to demonstrate that while his cognition and intelligence was completely intact, his ability to feel and respond emotionally had become severely stunted.
The impact of this was that he became unable to make even the simplest of decisions and manage himself and his relationships with others.

Damasio’s research demonstrates the central role emotions play in learning, memory, decision-making and social cognition. In the past thirty years, a substantial body of research attests to the significance of emotions and the concept of ‘emotional intelligence’ at work.

What is Emotional Intelligence EQ

Emotional Intelligence (EQ) is about how people and relationships function. Experts identify four key domains of EQ: self-awareness, self-management, social awareness and relationships management. In particular for leaders and managers, fostering well-developed skills and abilities in these four key areas is crucial.

Self-awareness:
This is the ability to be able to tune into, identify and hold in your awareness your own emotions as they arise. It also implies having a positive regard for oneself tempered by an accurate and realistic inner picture of your own strengths and limitations.

Self-Management:
This is the next stage in effective emotional processing – what actions or behaviours you now reach for, on foot of having had some sort of internal emotional reactivity to an event or person. At a neurological level, we are hardwired to react defensively rather logically to events that trigger negative emotions.

For some people, their reaction is ‘hot’ – they engage in actively destructive behaviours such as displaying anger or anxiety, which can appear aggressive or overwhelming to people around them. Others stress reaction is to reach for ‘cold’ or passive destructive behaviours like disengaging or removing themselves either emotionally or physically and present as cold or aloof to observers.

Social Awareness:
This refers to your ability to tune into others and to have an interest and concern for what might be prompting their behaviour or actions.

Relationship Management:
This encompasses skills in collaboration, co-operation and influencing others with integrity. When powerful emotions overtake us in interpersonal reactions, it refers to our ability to keep focused on the bigger picture of the long-term relationship.

Contrary to the mindset that emotions have no place in the workplace, an ability to negotiate both one’s own and others emotional troughs and peaks in the workplace is a must.

Jumping To Conclusions – Look Before You Leap Bringing Out The Best In People: A Social Cognitive Neuroscience Perspective...
Scroll to top